LANGUAGE IS THE KEY TO PARTICIPATION IN SOCIETY
VITAL REGIONS

Joana Duarte is fully entitled to call herself a multilingualism and literacy lecturer. She speaks a total of eight languages. “My mother tongue is Portuguese, and I also speak, Spanish, French, German, English, Italian , Dutch and Frisian. And even though Frisian is the language that has the smallest number of speakers it is actually the language I use most often. I speak it at work, at home, in shops, on the street and with my friends. Language is the key to participation in society. “

If you peep into Joana’s bookshelves at home, you would understand why the Multilingualism and literacy lectorate is written in her genes. In her family of three each member has a different nationality and a different mother tongue. “You can see this even when you look at our shopping list:, she laughs. “It sometimes gives rise to confusion. My partner has to call me from the supermarket, because he doesn’t know what ‘morangos’ are. I used the Portuguese word for strawberries without thinking. “

Language of her heart

Born and raised in Portugal, Portuguese is the language of her heart, admits Joana. But she developed a passion for all the other languages that she learnt during her life. “I spent a number of years in Germany. That is where it became immediately obvious that I had to learn the language to be able to function there. The opposite happened in the Netherlands. Here people switch to English spontaneously whenever they hear that you have an accent. Even Frisians will speak English to you to make it as easy as possible for you. But after three months I was still forced to learn the language. Over here, language proficiency is more of an implicit requirement. “

In the meantime Joana speaks fluent Frisian. For most of her colleagues, Frisian is the mother tongue, so Joana adapted very quickly. “For me the motivation to learn a new language arises from the fact that I desire to communicate with them”, she explains. “There is nothing like communicating in your mother tongue. It is only when you speak the language of your heart, that you can come together. This is the most important lesson I learnt during my research. Wherever you are in the world and whatever language people speak there: there always needs to be a bit of space for your own language. That is the only way you can master another language. “

Give space to your language to learn a new one: this is a sentence worth repeating. Because this is precisely where Joana sees conflict arising in practice. As an example she uses the practice of teaching  Frisian as a subject in primary education in Leeuwarden, a subject that her research group has been making a case for, for a very long time.  “Why don’t you just count the number of mother tongues in an average class. There are easily ten or more. From Frisian, Dutch, and English to Turkish, Arabic and Polish. Such a multicultural language environment requires a holistic approach, where every language is given its space in language education. At the moment our research group is developing a text book / system for such a holistic approach, in which teachers pay attention to all the languages in the class.”

Brood, bôle, bread, Brot, chleb or pan: lunch time can be a perfect moment to use different languages. “Discuss the different words that the children use for bread at home”, node Joana. “Or count in Swedish, Russian and Chinese. It is by using other languages alongside English, Dutch and Frisian in the class, the you ensure that children are open towards a new language. The better you are at using your mother tongue, the easier it is to learn a new language.”

Research has shown that, whenever there is a great chasm between your home language and the language you use at school, problems will arise. “You can see that children get lost in the bilingual world in which they are suddenly plunged, “ emphasises Joana. “Sometime they will be silent for months, ‘the silent period’ as researchers describe it. This can have negative consequences for their general development, but also for their self-image and feeling of safety. Language development cannot be separated from their general,  cognitive and socio-emotional development. Your complete ‘I’.”

One of the core goals of her research group is also to stimulate  and to strengthen the skills of teachers so that they can give all languages a place in the classroom. From the three regular languages of Dutch, English and Frisian to foreign languages, minority languages and migrant languages. “Not every teacher has an ease with languages, “ admits Joana,  “but with our holistic model they are able to perform different language activities that can connect to the experiential world of the students, without having to speak fluent Turkish themselves.”

With foreign languages it is important to not only focus on the grammar, warns the lecturer. “It is primarily a means to communicate. With our multilingual line we compare languages. Every language belongs to a language family. You should not always strictly separate them during lessons, as then you lose a lot of language potential.  Allow children to discover that the Dutch word ‘brood’ resembles the German word ‘Brot’, that the English word ‘cheese’ is family of  Fryske ‘tsiis’ and that ‘porte’ in French is almost identical to ‘porta’ in Portuguese.”

It is not only the educational world that has much to learn, but also the government, argues Joana. “The largest mistake that the government makes is that it sees the integration of people who speak foreign language as a one way street. As a new comer you must learn Dutch, before you can work. While where is a better place to learn a language than in a company canteen, in an office or during your work. This legislation is a disaster for integration. Be open for new languages, learn from each other and see the advantages of multilingualism rather than this obsolete culture of fear.” You can see her passion as she speaks. “When it comes to this subject I am a real pitbull. I lock my jaw around these subject and I won’t let them go. “

Wondering what our students do about low literacy? Take a look at the video of the Reading Caravan: 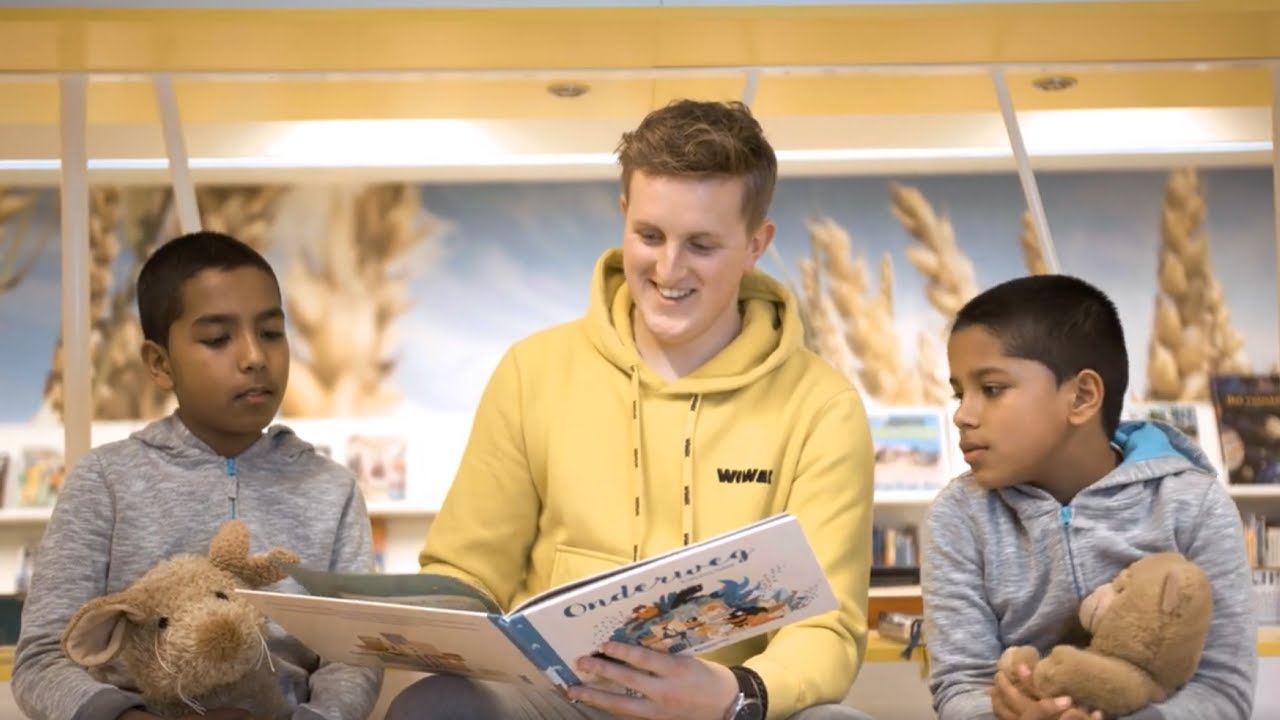 WHAT IS ITEPS?
explore more
INTERNATIONALISATION
DESIGN BASED EDUCATION
Be inspired
Why this platform?
With Explore the (un)known, we uncover all the ways in which we have been adding to our mission: working on wold-wise innovation. Let yourself be inspired by these hidden gems or share your own adventurous contribution to our success story.
Do you want to know more about this platform? Get in touch with us.
EN

NHL Stenden uses cookies to ensure you get the best experience on our platform. We use cookies to monitor platform usage and to show you information we think you will be interested in.